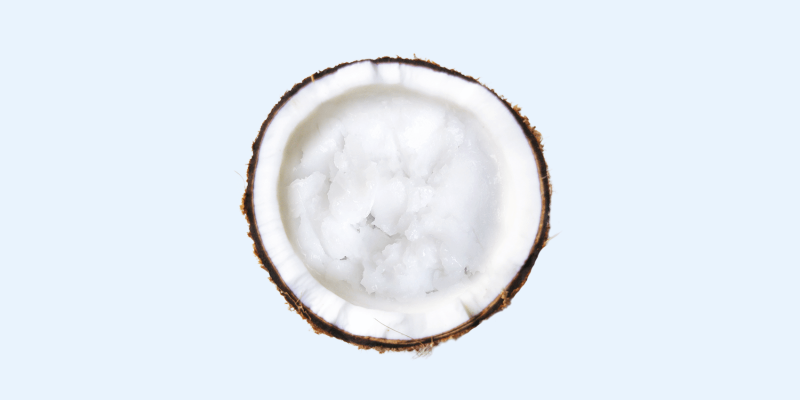 Coconut oil is one of the most versatile oils in the world and can be used for a large variety of things both internally and topically. As it’s very adaptable to temperatures, it can easily go from liquid to soft & creamy and all the way to solid. The melting point of coconut oil…

Coconut oil is one of the most versatile oils in the world and can be used for a large variety of things both internally and topically.
As it’s very adaptable to temperatures, it can easily go from liquid to soft & creamy and all the way to solid.
The melting point of coconut oil is around 24° C / 76° F which is when the oil becomes fully liquid.
The differences in consistency caused by natural temperature changes don’t affect the quality of coconut oil.
What can have an impact on its quality however, is melting coconut oil incorrectly.
So what is the best way to melt coconut oil and which method should you definitely skip?
In this article I discuss the most common ways of melting coconut oil ranging from best to worst.

When you buy a good quality virgin cold-pressed or centrifuged coconut oil, the temperatures during production are controlled to stay under 49° C / 120° F.
This is to keep the maximum amount of nutrients in tact.
While the MCT’s in coconut oil aren’t affected by high temperatures, some of the other nutrients are. Phenolic compounds, for example which are a type of antioxidant, vitamin E and vitamin K are all sensitive to heat.

It would be a shame to buy good coconut oil and then lose part of its benefits by heating it too much, right?
So what are your options when you need your coconut oil to be (more) liquid?

The best way to melt coconut oil is to do this naturally.
You only need temperatures of 24° C / 76° F to liquify your oil and less if you just need it to be a soft, creamy consistency.

If the season’s temperatures or the climate that you live in allow for it, this is the least invasive and healthiest way to melt coconut oil.

Scoop out the amount of coconut oil that you need and put it in a bowl or in a jar.
Leave it somewhere where it’s warm. If it’s in direct sunlight, which is ok for a little while, cover the jar with a cloth or piece of fabric.

If you intend to use the oil as a hair mask, you can just melt it between your hands and apply it to your hair.

Give it a bath

Wait, what? Yes, the second best way to melt coconut oil is in a hot water bath.

This method is also known as au bain marie. You put the coconut oil in a bowl placed in a pan with shimmering water, with the fire off, while stirring.
The coconut oil will melt by itself from the temperature of the water.
If you’re in a hurry and need to speed up the process, you can put the pan on a low heat.

A similar method is using a double boiler. This is a pan existing of two pans that are on top of each other. The bottom pan is for the hot water and the top pan holds the food.
This method is very practical if you have a large amount of coconut oil to melt or other ingredients to add.

Both methods can be used for food preparation and to make DIY cosmetics.

Straight from the pan

The next option is to melt your coconut oil over low heat directly in a saucepan.

This method exposes the coconut oil to higher temperatures, so you will lose more of the nutrients, but if you’re really in a hurry (or just lazy – hey, not judging!) it works and it melts fast.

The worst way to melt coconut oil is in a microwave.

Microwaves are known to not only destroy large part of the nutrients in food, their radiation is also a hazard for your health.
Tests conducted by scientists have shown that consuming microwaved food impacts the blood negatively and that it causes degeneration just moments after ingestion.

While the time aspect of a microwave is certainly convenient, it’s really not worth risking your health for.
I personally don’t own or use a microwave because of these specific reasons.
If you currently use a microwave, please consider choosing a healthier option, such as using your stove or regular oven instead. It’s so worth it.

Read on about how to store coconut oil