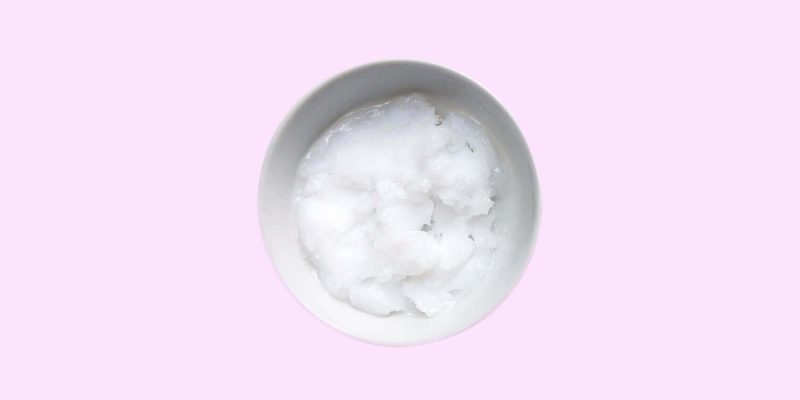 You might be using coconut oil as part of your food preparation for its taste, nutritional value or because it’s one of the most heat-stable fats to cook with. But there is more to coconut oil and today I want to shed a light onto its antimicrobial properties, which make it antibacterial, antiviral, anti-parasitic…

You might be using coconut oil as part of your food preparation for its taste, nutritional value or because it’s one of the most heat-stable fats to cook with. But there is more to coconut oil and today I want to shed a light onto its antimicrobial properties, which make it antibacterial, antiviral, anti-parasitic and anti-fungal.
Since we are living in turbulent times at the moment and there is a lot of information going around, I want to be clear on what this article is not about. It is in no way a claim that coconut oil can help treat or cure the Coronavirus or slow down the spread of it. There is however interesting information available from scientists who are involved in clinical studies in this field.
The purpose of this article is to share some of their research with you.

Coconut oil consists of 92% saturated fat. These fatty acids are known as Medium Chain Triglycerides or MCT’s.
The MCT’s in coconut oil are a combination of lauric acid, capric acid, caprylic acid and caproic acid.

Lauric acid makes up over 50% of coconut oil. Coconuts are the largest plant-based source of Lauric acid found in nature. The second largest is breast milk whose function is to supply essential nutrients to the baby and strengthen its immune system.

Lauric acid converts in the body into monolaurin, a potent antiviral and antibacterial compound.

‘’Three mechanisms have been proposed to explain the antiviral activity of lauric acid and monolaurin: first, they cause disintegration of the virus envelope; second, they can inhibit late maturation stage in the virus replicative cycle; and third, they can prevent the binding of viral proteins to the host cell membrane.

1. Disintegration of the virus membrane.

Thormar and co-workers (1987) confirmed the ability of lauric acid and monolaurin to inactivate viruses by disintegration of the cell membrane.
Sodium lauryl sulfate has been shown to be able to solubilize and denature the viral envelope (Piret 2000, 2002).

The Junin virus (JUNV) is the causative agent of Argentine hemorrhagic fever. In a comparison among the saturated fatty acids from C10 to C18 against JUNV infection, Bartolotta and co-workers (2001) showed that lauric acid was the most active inhibitor.
From mechanistic studies, it was concluded that lauric acid inhibited a late maturation stage in the replicative cycle of JUNV. From transmission electron microscope images, JUNV is an enveloped virus featuring glycoproteins that are embedded in the lipid bilayer forming viral spikes (Grant et al., 2012); this is similar to nCoV-2019.

3. Prevents binding of viral proteins to the host cell membrane.

Hornung and co-workers (1994) showed that in the presence of lauric acid, the production of infectious vesicular stomatitis virus was inhibited in a dose-dependent and reversible manner: after removal of lauric acid, the antiviral effect disappeared. They observed that lauric acid did not influence viral membrane (M) protein synthesis, but prevented the binding of viral M proteins to the host cell membrane.

Hilarsson and co-workers (2007) tested virucidal activities of fatty acids, monoglycerides and fatty alcohols against respiratory syncytial virus (RSV) and human parainfluenza virus type 2 (HPIV2) at different concentrations, times and pH levels. They reported the most active compound tested was monocaprin (C10), which also showed activity against influenza A virus and significant virucidal activities even at a concentration as low as 0.06-0.12%.’’

You can find the whole article by Professor Emeritus Fabian Dayrit, PhD and Dr. Mary Newport including the references here.

Other antimicrobial properties of coconut oil

Let’s take a look at the other antimicrobial properties of coconut oil.

Research has shown that coconut oil is as affective as the chemical chlorhexidine in reducing streptococcus mutans, the most common organism that causes cavities.

Oil pulling with coconut oil can be very beneficial not only to improve your oral health, but your overall health as well.
This detoxifying practise of swishing the oil in your mouth helps reduce plaque, can help prevent cavities and gingivitis and supports the natural detoxification process of the body.

The cleaner your mouth and body, the less your body has to work to keep the defences up and the more it can focus on recovery, rejuvenation and longevity, so that you can thrive!

And that’s not all. With mosquito season coming up soon in many parts of the world, it’s good to know that coconut oil has been scientifically proven to contain compounds that are more effective at repelling insects than DEET.

Furthermore, research has shown positive effects in the treatment of fungal infections such as Candida species, using coconut oil.

There you go. Quite impressive for a natural ingredient to be this efficient at combating all of the above and yet so gentle at the same time. Coconut oil is suitable for some of the most sensitive skin types, such as baby skin and in many cases dermatitis.

Coconut oil’s strong antimicrobial properties have shown to be very efficient when it comes to combating bacteria, viruses, parasites and fungi.
At the moment there are several scientists investigating what coconut oil could do to have a positive impact on the evolution of the Coronavirus and how it could possibly help in the current situation.

Independently of that, integrating coconut oil can be a good addition to a healthy self-care routine, as you can use it to cook with, for skin and hair treatments, for oil pulling and more.
Remember to always use a good quality organic virgin oil.

How to choose the best coconut oil